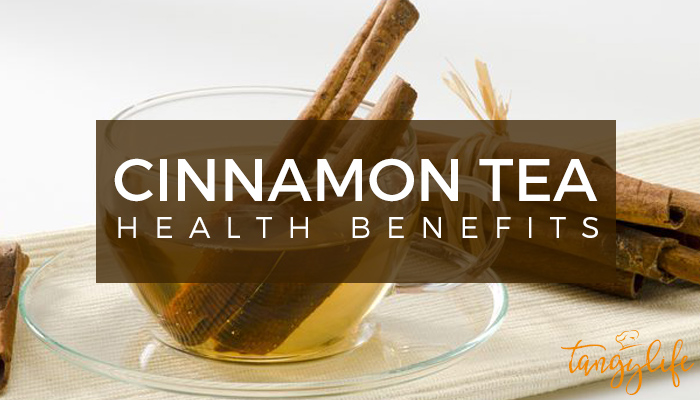 Can you imagine eating food without flavors of spices? Spices actually spice up your life. Though salt majorly contributes to the taste in food, you can’t ignore the flavoring from other spices like pepper, cardamom, cinnamon, cumin, chilies, oils etc. Cinnamon, among other spices, can be used in various forms like solid pieces, oils, pastes, and powders. Apart from just taste these spice brings with them lot of benefits to our body and here in this blog I have picked up my favorite spice Cinnamon and let me share with you various Cinnamon Tea benefits on our body.

Origin, Types, and Components of Cinnamon

The cinnamon sticks that you keep in your kitchen comes from the cinnamomum tree. These are nothing but the dried internal bark of this tree. After drying, the sticks turn out as curls. This is what we use in the kitchen. 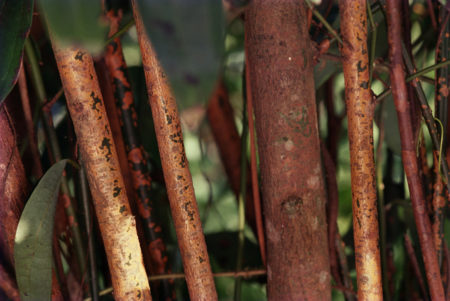 Some of the compounds found in cinnamon are:

This spice was used in ancient times as gifts for Egyptian kings. Today, you keep it on your kitchen shelf for the flavor in your food. You can get two types of cinnamon today:

Cinnamon Tea and its Preparation

Cinnamon Tea, simple to prepare, tastes slightly sweet and spicy due to the properties of the spice. Once you buy these dried curls from the market, just boil a stick in some water for about 20 minutes. Turn off the gas and let it brew for a while. Enjoy the tea and reap its endless benefits listed below. Here in my another blog you can find some exciting Cinnamon tea recipes that you can try at home.

Cinnamon tea is a popular household beverage today. People have realized its value as a health booster. Here are more than a dozen benefits and reasons why you should be drinking cinnamon tea.

First, see how the tea can benefit the organs as such.

If you want to reduce the bad cholesterol or LDL from your body, try drinking cinnamon tea. This will help prevent strokes and heart failures. It lowers levels of lipids and glycemia and helps the heart.

Lower your blood pressure by having this miraculous spice. Hot cinnamon tea is blood thinner and also prevents blood clots from forming. It thus promotes and enhances blood circulation.

Energize your brain to think faster and concentrate more by drinking cinnamon tea. It also improves focus on tasks and growth of cells. This is very beneficial in treating Alzheimer’s disease, Parkinsons’s disease, and other degenerative neuro diseases.

Read on to find out how cinnamon tea helps in various conditions affecting your body and even on the biological processes occurring naturally.

Relevantly, cinnamon tea can be drunk to fight and prevent the dreaded disease, cancer. The tea stops any further growth of the cancer cells in the body. It also retards their development. Consult a doctor for the right amount of cinnamon tea that you can drink.

Drink hot cinnamon tea during menstruation to remove pain as it has analgesic properties. Due to the anti coagulant properties, it gives relief in cramps too. This tea also helps to make the menses milder.

You will be surprised to know that drinking cinnamon tea can reduce swelling in the body. It can also give relief from itchiness and rashes on the skin. It helps to fight infections and works on the muscles to soothe them and reduce pains.

Another benefit of this tea is found in fighting and keeping away long lasting or chronic conditions. Its powerful antioxidants neutralize or eliminate free radicals and thus help in such cases.

Cinnamaldehyde present in cinnamon is useful in conditions of fungal and bacterial infections. It removes bad breath in the mouth and prevents tooth decays.

The anti oxidants present in the tea help to regulate insulin and sugar levels. It helps to carry only the right amount of blood sugar from the blood stream to the cells. With a control on diabetes, it takes care of weight, like said above, and heart diseases as well.

A hot cup of cinnamon tea calms the nerves. Thus, it reduces symptoms like stress, anxiety, depression, and headaches.

Drink the tea after overeating and you will find the heaviness disappear in a while. It stimulates the digestive juices and acid in the stomach and relieves symptoms like bloating, cramps, constipation, gas, and a stomach upset.

Amazingly, men can drink cinnamon tea if they have any dysfunction of their reproductive system. The tea promotes the production of the right amount of hormones from the liver and refreshes the body.

A very convenient thing about Cinnamon Tea is that it can be had without adding any extra sugar to it. The cinnamon stick itself is sweet and the tea made using it is delicious and tasty too. Refresh and energize yourself with a cup daily.

Like all else that you eat and drink, everything taken in excess is harmful. Having too many cups of cinnamon tea can cause some damage to the liver because of the presence of the active coumarin. Moderation is the key to health. Take a break from time to time. But, remember to reap the benefits of the miracle spice, cinnamon.