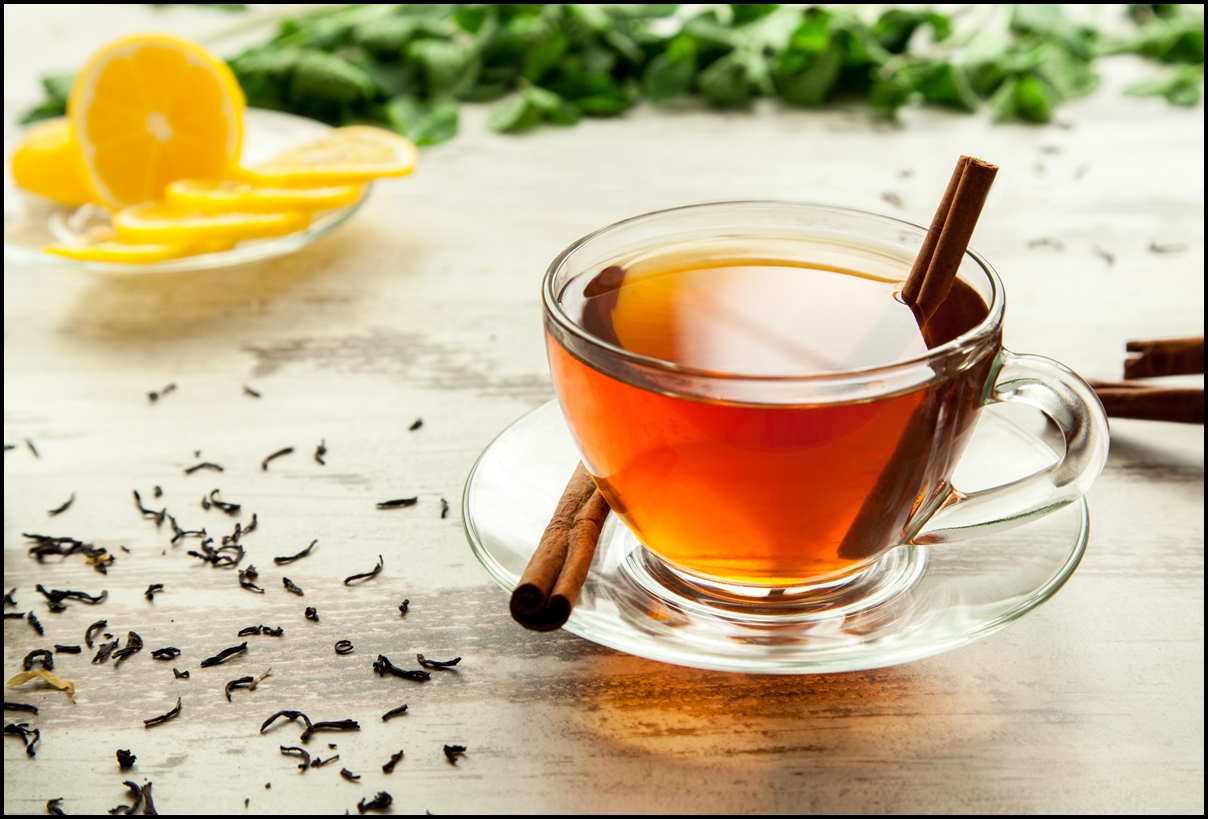 Before talking about different recipes and benefits of Cinnamon Tea, let’s talk about the primary Ingredient first, Cinnamon itself. Cinnamon is one of the most popular household spices and has been used throughout the world for centuries. It mainly contains some vital oils and other derivatives like cinnamic acid, cinnamaldehyde, and cinnamate that make it an antioxidant, anti diabetic, antimicrobial, anti-inflammatory, anticancer, lipid-lowering, and cardiovascular-disease-lowering compound. Featuring unique and warm smell, color, and strong flavor, Cinnamon is very popular in cooking, particularly in baking and curries.

This flavored spice comes from the inner bark of a small evergreen tree. The bark is peeled and then dried in sunlight where it curls up into rolls known as cinnamon sticks. The whole stick, as well as its powder, is used in your recipes to add a great flavor and aroma to your dish.

Cinnamon is also very popular for its medicinal and soothing effects and used for making herbal medicines as well.

Here are some easy and quick tea recipes from cinnamon, each sip gives you extra freshness and also keeps you healthy and fit.

This one recipe you can make very simply using the whole cinnamon sticks. It takes a very less time to make, and you can get a perfect cup of this simple cinnamon tea that is not only tasty but also keeps you fit and healthy. This preparation of cinnamon tea also helps in loosing weight.

Along with Cinnamon, Ginger also has special health benefits. So, the combination of both ginger and cinnamon is definitely going to be more effective. This perfect whole cup of tea gives a soothing effect on your nerves, and you will feel fresh with every sip of it.

This tea is a perfect combination of lemon, cinnamon, and cloves. With this one recipe, you can load your body up with Vitamin C. In this recipe, green tea is also used that improves your intake of antioxidants and helps you out to stay fit and healthy.

This one is really a great drink made with some healthy ingredients including apple, pepper, ginger, cinnamon, tea powder and honey. These ingredients not only keep your body warm but also soothe a sore throat. You can also use this healthy tea for detoxification by adding green tea leaves or green tea bags.

Ingredients for Cinnamon and Apple Tea

This Cinnamon Orange Iced Tea gives you a refreshing feel in every sip. The recipe is very simple, and you can easily make it on your own without any hassle.

This perfect cup of tea contains the goodness of persimmon, cinnamon, and turmeric. Turmeric is a very popular ingredient and is famous for its healing benefits to the body. This tea also uses ginger as an ingredient that has a cleansing effect on the body and also reduces inflammation. The other rich ingredient persimmon is used in this recipe which is known for its anti-cancer properties and also protects you from cold.

Ginger, clove, and cinnamon, all these herbs are rich in nutrients like vitamins, minerals, and phytochemicals. This perfect cup of tea improves blood circulation and lymph fluid in the body.